Although 2020 is far from over, according to the Jewish calendar the new year of 5781 starts next week! The festival of Rosh Hashanah, which means “head of the year,” is one of the most widely observed Jewish holidays today. But the Bible tells us very little about it. How did people celebrate the new year in the days of the Bible?

The Bible tells us that on the first day of the seventh month we are to observe a “Festival of Trumpets,” marked by blowing the ram’s horn (shofar). The richest description of this new year’s feast is in chapter 8 of the Book of Nehemiah. In the year 458 BCE, the Babylonian exile ended, but only a small group of Jews returned to Jerusalem. The knowledge of the Torah was lacking after years of exile. 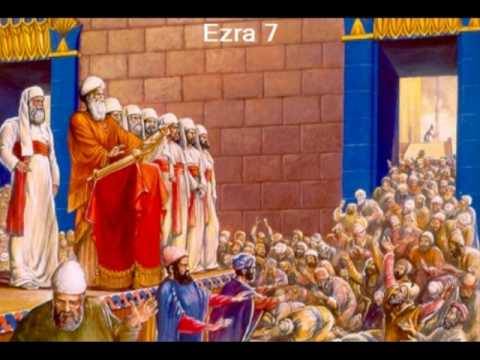 Ezra the Scribe decides to educate the people. He chooses the day of Rosh Hashanah to publicly read the whole Torah to the city. He stands before the people with a scroll of the Torah. But he does not just recite the words, rather, “he read from the Book of the Law of God, making it clear and giving the meaning so that the people understood what was being read” (Neh. 8:8).