Can People Still Receive Salvation After They Die? 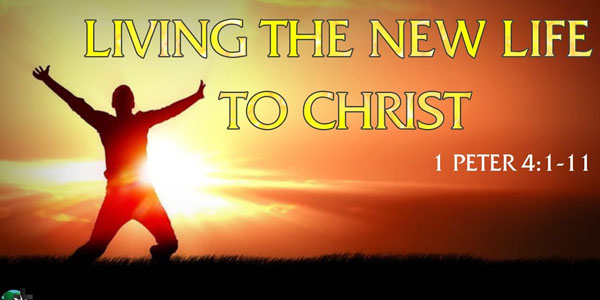 On verses 1-3:  What does Peter mean in verse 1 when he writes, “because whoever suffers in his body is done with sin”?  For us Christians, the moment we die physically is the moment we go to heaven and are done with sin and its ill effects.  Here Peter is saying: live that way now.  Think of your old life – the life you lived in the past before coming to Christ (v3) – as having died already.  Now you are living a new life that is controlled by Christ, not by sin, a life lived for the will of God, not for human desires (v2).  You are a new creation in Christ.  That is your identity, so live that way.  As Paul says in Galatians 2:20, “I have been crucified with Christ and I no longer live, but Christ lives in me. The life I live in the body, I live by faith in the Son of God, who loved me and gave himself for me.”

1 Peter 4:4-5 (NIV)
4  They think it strange that you do not plunge with them into the same flood of dissipation, and they heap abuse on you.
5  But they will have to give account to him who is ready to judge the living and the dead.

On verses 4-5:  Whether we live for the will of God or for our own selfish desires, all of us will have to give an account to God for the way we lived our lives on earth.  It is His opinion about us that counts more than anyone else’s.

On verse 6:  What does Peter mean when he says that “the gospel was preached even to those who are now dead”?  Does Peter mean that people will still have the opportunity to hear the gospel and receive salvation after they die?  No, such an interpretation would be wholly inconsistent with the theology of 1 Peter and the New Testament (see for example Luke 16:26).  Rather, “those who are now dead” are those who believed in Jesus during their lifetime on earth and who have since died.  (Note: the word “now” does not literally appear in the original Greek but shows up in the NIV translation to help us understand the overall meaning of the verse.)  So the best interpretation of verse 6 is that while Christians will die physically on earth (or in Peter’s words, “be judged according to men in regard to the body”), they will have life even after death (or in Peter’s words, “live according to God in regard to the spirit”).  The Christian’s fate is just like that of Jesus, who “was put to death in the body but made alive by the Spirit” (1 Peter 3:18).  The great hope of Christianity is not that we will never die physically on earth, but that there is life after death in heaven with Jesus.

1 Peter 4:7-11 (NIV)
7  The end of all things is near. Therefore be clear minded and self-controlled so that you can pray.
8  Above all, love each other deeply, because love covers over a multitude of sins.
9  Offer hospitality to one another without grumbling.
10  Each one should use whatever gift he has received to serve others, faithfully administering God’s grace in its various forms.
11  If anyone speaks, he should do it as one speaking the very words of God. If anyone serves, he should do it with the strength God provides, so that in all things God may be praised through Jesus Christ. To him be the glory and the power for ever and ever. Amen.

Heavenly Father, because Jesus Christ now lives in me, I proclaim that I am a new creation, controlled by the Spirit of God and not by sin.  Because You are coming soon, may I make prayer, love others, serving others my priority.  In Jesus’ name, AMEN!