It Made A Difference: Being A Foster Dad

A young boy using a computer at home

For years, researchers have shared how the quarter to a third of American children who grow up without a father are more likely to drop out of school, become drug addicts, and end up in poverty…or in prison. Even more heartbreaking is that some of the three million vulnerable children in America’s foster care system have never experienced a loving father they can count on. This is especially troubling, considering the abuse or neglect many of them endure.

When my wife and I learned of the thousands of children in foster care who needed a temporary or permanent family, it was overwhelming. We were only one couple with no parenting experience, I might add! What could we do? In a way, we felt like the little boy offering his five loaves and two fish to Jesus to feed the thousands. It seemed insignificant, but we wanted to be open to what God was doing.

While I’d helped in children’s ministry at church a few times, taking in someone else’s child 24/7 was a different ballgame. Could I be a good foster dad? Those early days of fostering were heart-wrenching, yet faith-strengthening, as we welcomed children from a variety of backgrounds. Some came to us in the middle of the night with a black trash-bag holding everything they owned. Some stayed only a day or two while others stayed for more than a year. All of them had experienced loss and were emotionally bankrupt. They just needed to know their worth and acceptance through the eyes of a father.

At times, I questioned if my “five loaves and two fish” would be enough to make a difference.

I remember when eight-year-old Dashawn entered our home in 1998 after alerting teachers to abuse going on at home. His social worker said he needed a place to stay for a couple of weeks before moving to live with a family member. His social worker attempted to connect with extended family to care for Dashawn, but came up short. Those “two weeks” turned into seven months. Looking back, I couldn’t be more thankful for that season of life.

Watching Dashawn come out of his shell was thrilling. Life in our home was full of new experiences for him, and he embraced them all. I got to teach him to play Monopoly, checkers, and take him to church. I even had the opportunity to comfort him during a baseball game when, after getting on first base, he got confused about where to run when his teammate got a hit. He’d never played the game before, and his coach (and I) assumed he knew the rules of baseball. Sometimes, the simple things of life are what children need most. Love and acceptance. Encouragement and guidance. Explaining the basic rules of baseball…and offering a shoulder to cry on when you don’t run the bases correctly. Dashawn embraced the love of our extended family, and ultimately became part of God’s family, as he accepted Jesus as his Savior. He became one of us.

Eventually, Dashawn was able to go home. My wife prepared a photo book from his time with us, and we said our teary goodbyes. We hadn’t always gotten this parenting thing right, and we wondered if we’d truly made a difference.

We saw Dashawn a couple of times after his return home, but many years passed without any contact. Due to our experience with him, God opened our hearts to care for more children, some of whom we adopted.

It Made A Difference

Today, our mixed race, multi-cultural family gets to hear the story of Dashawn every Christmas when we unpack a homemade ornament Dashawn made with his picture on it. My wife and I share the story again of his seven months with us, commenting on how much Dashawn looks like one of our adopted kids today.

Just a few months ago, in the midst of the COVID-19 pandemic, we received a message from Dashawn. He was turning 30, and as he was reflecting on his life to this point, he got out that old photo book.

“It brought back such great memories of my time with you guys and still to this day my happiest,” he said. “I’ve never forgotten what you guys did for me, and I am so grateful for it, knowing God placed you guys in my life for a reason.”

Wow. Just seven short months in our home was the happiest time in his 30 years on Earth? Thank you, God, for what you’re doing in Dashawn’s life, despite not being the perfect father. God somehow used me as a foster dad and my brokenness to make a difference in at least one child. Indeed, He still uses loaves and fishes to make a difference one child at a time. 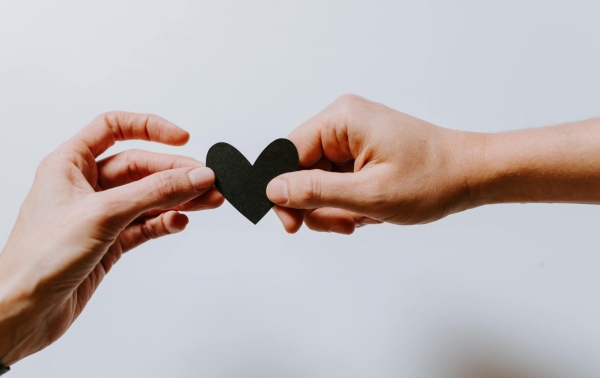 Being A Foster Dad