You Are Rescued Royalty 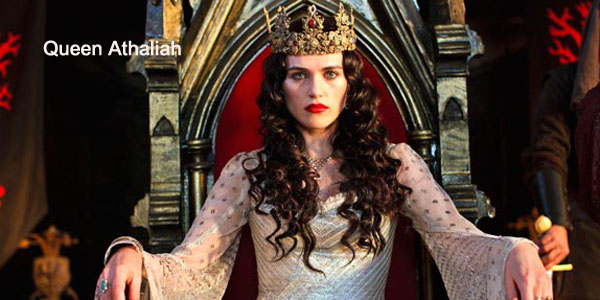 2 Chronicles 22:3-4 (NIV)
3  He too walked in the ways of the house of Ahab, for his mother encouraged him in doing wrong.
4  He did evil in the eyes of the LORD, as the house of Ahab had done, for after his father’s death they became his advisers, to his undoing.

On verses 1-9:  One of the big, ongoing themes of 2 Chronicles is that it matters whom you get advice from and whom you partner with.  After Jehoram king of Judah dies, his youngest son Ahaziah takes over the throne, since raiders have killed off all of Jehoram’s older sons (v1).  Like his father before him, Ahaziah is heavily influenced by Athaliah Ahaziah’s mother, “who encouraged him to act wickedly” (v3).  Ahaziah is also heavily influenced by Athaliah’s side of the family, the house of King Ahab of Israel, who “became his advisers, to his undoing” (v4).  As a result of these corrupt influences on Ahaziah’s life, we see three effects on Ahaziah.  First, Ahaziah “did evil in the eyes of the Lord, as the house of Ahab had done” (v4).  Second, Ahaziah would end up fighting battles he was never meant to fight and facing dangerous situations he was never meant to be in.  For example, due to his alliance with the house of Ahab, Ahaziah ends up:

What can we learn from this?  The advice we take and the people we partner with will determine our destiny.  When we allow the wrong people to influence our lives, we end up fighting wars we were never meant to fight and facing dangerous situations we were never meant to face.  This can result in our undoing.  When you seek advice, make sure to get it from a godly, wise source.  When you partner with another in marriage or in another long term relationship, make sure that that partner is someone who loves God and has good character.

2 Chronicles 22:10-12 (NIV)
10  When Athaliah the mother of Ahaziah saw that her son was dead, she proceeded to destroy the whole royal family of the house of Judah.
11  But Jehosheba, the daughter of King Jehoram, took Joash son of Ahaziah and stole him away from among the royal princes who were about to be murdered and put him and his nurse in a bedroom. Because Jehosheba, the daughter of King Jehoram and wife of the priest Jehoiada, was Ahaziah’s sister, she hid the child from Athaliah so she could not kill him.
12  He remained hidden with them at the temple of God for six years while Athaliah ruled the land.

On verses 10-12:  Seeing that her husband Jehoram, her son Ahaziah and all her other sons have died, Athaliah refuses to let any other male relative in Jehoram’s royal family take over the throne.  As queen mother Athaliah assumes control of the kingdom of Judah herself for 6 years, while systematically trying to eliminate any potential threat to her power.  However, there is one baby boy, a son of Ahaziah, who is hidden from Athliah’s reach.  His name is Joash.  For the next 6 years Joash would be protected, hidden and raised by Ahaziah’s sister Jehosheba and her husband Jehoiada the priest in the temple of the Lord.

What can we learn from this?  When I read about how Jehosheba and her husband Jehoiada hid Joash from Athaliah, I am reminded of two things:

Heavenly Father, may I always be careful about whom I get advice from and whom I partner with, for these will determine my destiny.  Also, thank You that just as You used Jehoiada the priest and his wife Jehosheba to save and rescue Joash, so You used Your Son Jesus and His bride the Church to save and rescue me.  Thank You for rescuing and redeeming me so that I can reign and rule with You.  In Jesus’ name, AMEN!